Cockeysville was named after the Cockey family who helped establish the town. Thomas Cockey (1676–1737) settled in Limestone Valley in 1725 at Taylor's Hall (an area now just north of Padonia Road and east of Interstate 83). Joshua Frederick Cockey (1765–1821) built one of the first homes in the area in 1798 and built the first commercial structure, a hotel, in 1810 in what would become the village of Cockeysville. His son, Judge Joshua F. Cockey (1800–1891), was a lifelong resident in the village and built the train station (what would be part of the Pennsylvania Railroad) and accompanying commercial buildings in the 1830s.

Cockeysville was the scene of some Civil War activity. Confederate soldiers pushed into the Baltimore area, intending to cut off the city and Washington from the north. On July 10, 1864, Confederate cavalry under General Bradley T. Johnson entered Cockeysville, destroying telegraph lines and track along the Northern Central Railway. They also burned the first bridge over the Gunpowder Falls, just beyond nearby Ashland. 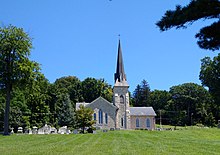 After the war, Joshua F. Cockey III (1837–1920) founded the National Bank of Cockeysville (1891) and other commercial ventures in the community, as well as developing dwellings along the York Turnpike (now York Road) that made up the village of Cockeysville.

Find a Home in Cockeysville

The data relating to real estate for sale on this website appears in part through the BRIGHT Internet Data Exchange program, a voluntary cooperative exchange of property listing data between licensed real estate brokerage firms in which Coldwell Banker Residential Brokerage participates, and is provided by BRIGHT through a licensing agreement. The information provided by this website is for the personal, non-commercial use of consumers and may not be used for any purpose other than to identify prospective properties consumers may be interested in purchasing. Real estate listings held by brokerage firms other than Coldwell Banker Residential Brokerage are marked with the IDX icon and detailed information about each listing includes the name of the listing broker.
©2020 BRIGHT, All Rights Reserved. Information Deemed Reliable But Not Guaranteed. Some properties which appear for sale on this website may no longer be available because they are under contract, have Closed or are no longer being offered for sale.
Data last updated: May 27, 2020 3:23:am.